What is a Hamlet?

Local governments in the state of New York include counties, cities, towns and villages. The communities within Town governments are known as “hamlets.”

The term “hamlet” does not have a legal definition under NYS law, but is used to identify communities within Towns (such as the Town of Babylon) that are not part of incorporated villages, sometimes referred to as “unincorporated communities.”

A hamlet does not have its own government and is under the jurisdiction of its Town for municipal services (e.g. garbage pick-up, building codes). Causing great confusion … hamlets have no official boundaries. (Outside of the state of New York, the term “hamlet” is rarely used.)

Generally, the hamlet of Deer Park is bounded on the west by the Carll River, which runs through Geiger Lake/Park, and on the east by Sampawams Creek (sometimes spelled Sumpwams, the remains of the creek are not always obvious), which is also the border of the Town of Islip. On the north, Deer Park is bordered by the Town of Huntington. When the Town of Babylon separated from Huntington in 1872, the division was made “one mile north of the Long Island Rail Road.” On the south, the delineation between Deer Park and North Babylon is not clearly defined. Bay Shore Road, on the east side of Deer Park Avenue, and Erlanger Boulevard, on the west side of Deer Park Avenue, are an estimated southern boundary.

Variations of Sampawams include Sumpawams, Sampwams and Sumpwams, a Native American term believed to mean “straight walker,” referring to an “upright or just person.” Geographically, the name Sumpwams is associated with Sumpwams Neck (a “neck” is another term for a peninsula), which is the body of land between the Carll River (Argyle Lake) and Sumpwams Creek (Hawley’s Pond) in Babylon village. 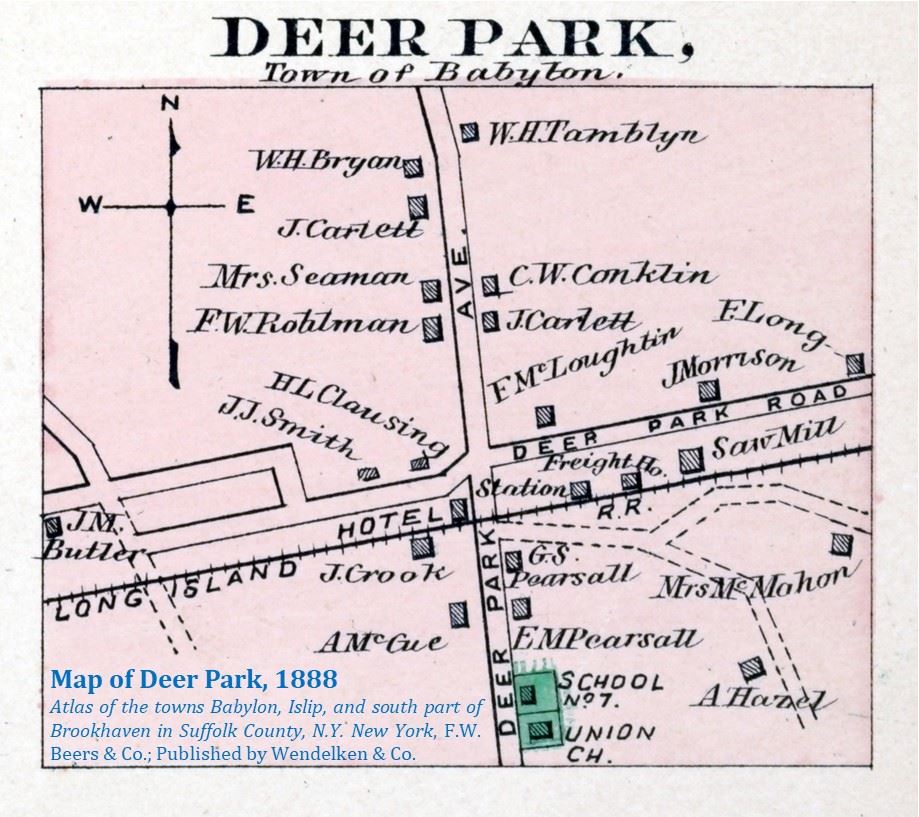